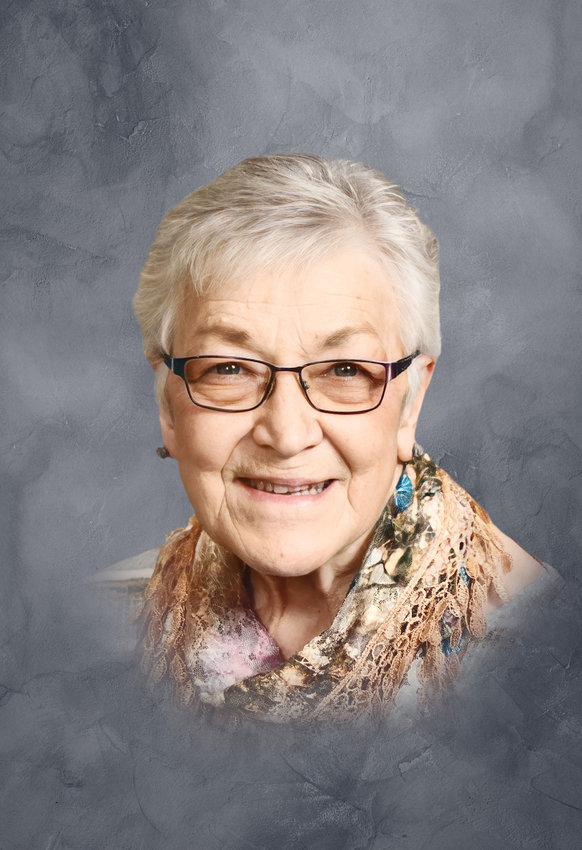 Margie Ann (Lefeber) Gorden was born on March 18, 1943, the daughter of John and Emma (Leinen) Lefeber near Portsmouth. She was baptized on March 26, 1943, received her first communion on May 14, 1950, and later confirmed her faith on May 10, 1955, all at St. Mary Our Lady of Fatima Catholic Church in Portsmouth. She graduated from St. Mary's Catholic School in Portsmouth with the class of 1961. She went on to attend Mercy School of Nursing in Council Bluffs, graduating in 1964. Margie married Ray Dean Gorden on Nov. 27, 1965, at St. Mary Our Lady of Fatima in Portsmouth and three children were born to this union: Patrick, Joseph and Cindy.
Margie worked in Earling, the Crawford County Memorial Hospital, the Denison Medical Clinic, and lastly at Crawford County Home Health for over 22 years.
Margie was a member of St. Mary's Catholic Church in Dow City and the Altar Society. She was also a member of the Dow City-Arion Fire and Rescue for over 35 years. She enjoyed quilting and wine tasting with the Piece Makers Quilting Club. She cherished watching her grandchildren in their various sports and activities.
Margie passed away, surrounded by her family, at the Crawford County Memorial Hospital on May 2, 2022, at the age of 79 years, one month and 14 days.
Margie was preceded in death by her parents; and brothers, Russell, Eugene, Richard, Ernest, and Robert. She is survived by her husband of 56 years, Ray Dean Gorden of Arion; three children, Patrick Gorden and his wife, Kelly of Ames, Joseph Gorden and his special friend, Tara Pauley of Dow City, and Cindy and her husband, Dave Freese of Underwood; nine grandchildren, Allison Freese, Samuel Gorden, Abigail Gorden, Roger Freese, Erica Gorden, Nathan Gorden, Isabelle Freese, Joshua Gorden and Loren Gorden; sister, LaVonne Jensen of Council Bluffs; and many other relatives and friends.

Mass of Christian Burial was held Thursday, May 12, 2022, at St. Mary's Catholic Church in Dow City, with Fr. Michael Cronin serving as Celebrant of the Mass. EveVonne Muff served as organist and hymn leader for congregational hymns "Be Not Afraid," "Hail Mary, Gentle Woman," "Amazing Grace," "Song of Farewell" and "On Eagle's Wings." Service participants were Margie's grandchildren. Serving as honorary pallbearers were Allison Freese, Samuel Gorden, Abigail Gorden, Roger Freese, Erica Gorden, Nathan Gorden, Isabelle Freese, Joshua Gorden and Loren Gorden. Inurnment was in the Dow City Cemetery with Fire & Rescue Honors. Following the burial, the family invited everyone to the Dow City Community Building for a time of fellowship and lunch. The Huebner Funeral Home in Denison was in charge of arrangements.