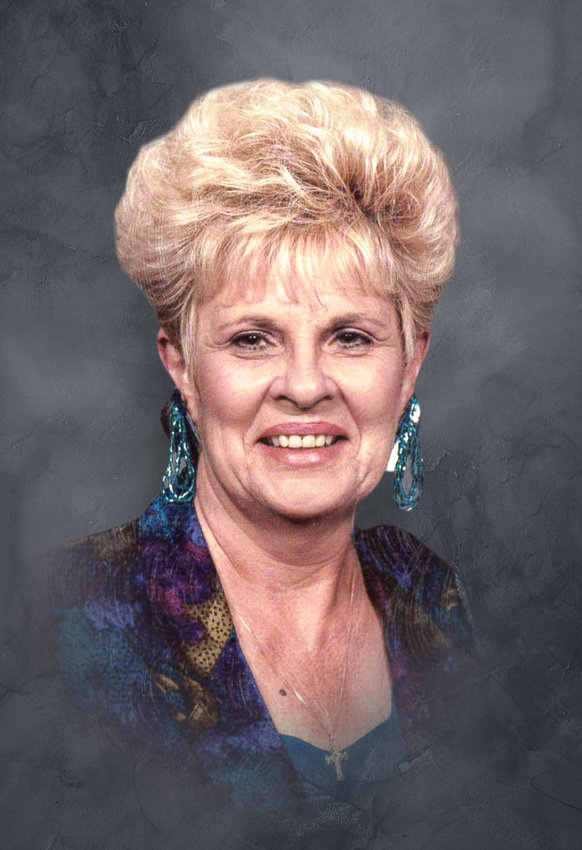 Peggy Ann Wilke, 83, died on Wednesday, March 3, 2021, at her home in Omaha, Nebraska. She was born Jan. 3, 1938, to Delbert and Ruth (Hartwig) O’Day in Dunlap. She attended Country School #2 and then went to Dunlap High School, graduating in 1956. On May 24, 1956, Peggy married Kenny Wilke in Shelby. Peggy graduated from Capital Beauty School in Omaha. The couple lived in Omaha their entire married life. They began working at the Town & Country Mobile Home Park in 1965 eventually taking ownership of the park. She lived there for over 56 years. They also enjoyed the time in their homes in Phoenix and Las Vegas.

Peggy was a member of the St. Philip Neri Catholic Church in Omaha. Peggy and Kenny enjoyed going to the casino. She loved her sweets and selling things, including Mary Kay. Peggy had a very entrepreneurial spirit and would tell you that for the right price “everything was for sale”. Most of all, Peggy loved her family and enjoyed spending time and laughing with her grandchildren and great-grandchildren.

Peggy was preceded in death by her parents; her husband, Kenneth Wilke, on May 4, 2012; an infant sister, Mary Patricia; sister, Shelly, at 18 years old; and sister-in-law, Bonnie O’Day. She is survived by her three children, Giselle Wilke, Terri (Ronald) Talacko and Kevin (Suzanne) Wilke all of Omaha; six grandchildren, Dustin, Kendel, Kylie, Delerie, Ashley and Clint; 18 great-grandchildren; one brother, Bill O’Day of   Dunlap; one sister, Pat (Gary) Schmidt of Harlan; special friends, Marty, Kerry, Butch and Bev; and many other relatives and friends.