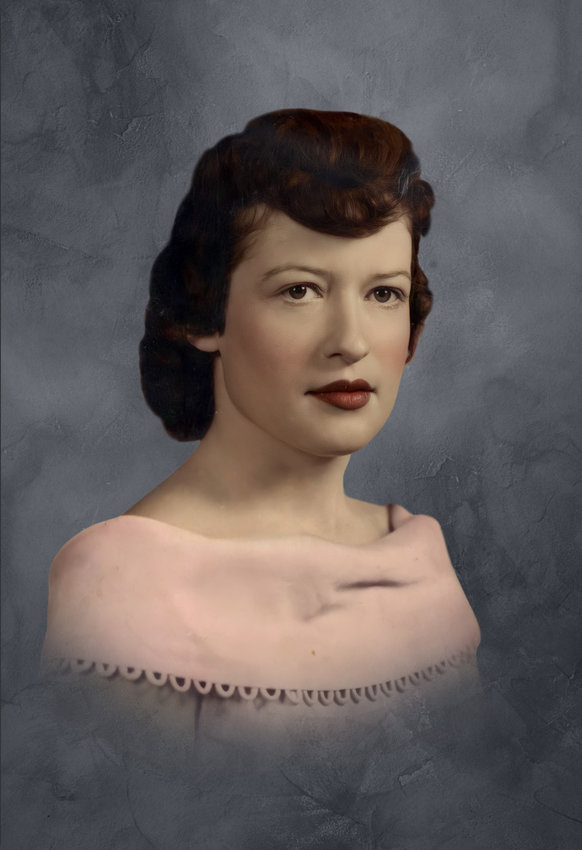 Mary JoAnn Stessman was born on June 7, 1935, to Maurice and Helen (Shanahan) Heffernan. She attended school in Ute and graduated from Ute High School in 1954. After graduation she worked at the Ute State Bank, First National Bank in Omaha, Neb. and Gordons Jewelry in Omaha. On Nov. 27, 1958, JoAnn was united in marriage to Donald Stessman at the St. Joseph Catholic Church in Earling. JoAnn was blessed to be able to stay home with their five children. The family lived by Earling, between Woodbine and Dunlap and in 1972, they settled in their home in Dunlap.

JoAnn was a member of the St. Patrick Catholic Church in Dunlap and the Alter Society. She loved to bake, especially chocolate chip cookies. JoAnn made Christmas stockings for each member of her family and also loved to quilt. She enjoyed cards, especially Canasta, and reading books. Most of all, JoAnn enjoyed attending the grandkids sporting events and cherished her time with her family.

Fouts Funeral Home in Dunlap was in charge of arrangements.