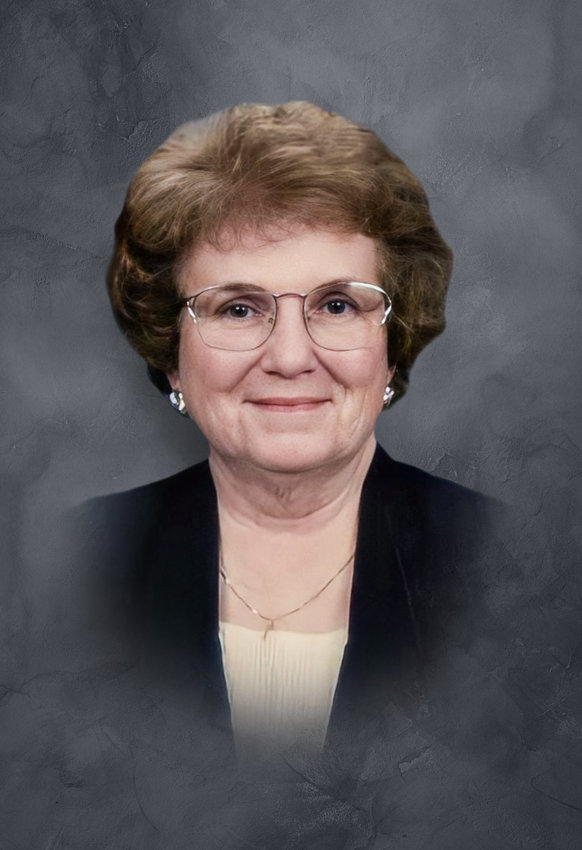 LaVonna Marie (Ellison) Clark, 90, died on June 30, 2022, at Azria Health Rose Vista Nursing Home in Woodbine. She was born on July 26, 1931, to Elmer and Nellie (Flaharty) Ellison in Logan. She attended Jedo Country School and other country schools before graduating from Woodbine High School in 1949. LaVonna lived with Mrs. Guyett while in high school and did housekeeping for Mrs. Guyett for her room and board. LaVonna married Donald Clark at the First Christian Church in Woodbine on Aug. 10, 1952. She worked in Omaha,Neb., then at the Woodbine First National Bank and the Pryor Sale Barn. When the children arrived, she stayed home to care for them. Once they were in school, LaVonna returned to work at the bank. Later on she worked part-time at the Dunlap Livestock Auction.

LaVonna was an active member of the First Christian Church. She served as an Elder and Deacon, sang in the choir and served on every committee she could. She was also a member of the American Legion Auxiliary, on the resident advocate committee at Rose Vista and delivered Meals on Wheels. Together the couple enjoyed farming, gardening, cooking, dancing, playing cards with a group of friends and spending time with family. LaVonna loved to help with the grandkids and great-grandkids.

LaVonna was preceded in death by her parents; grandson, Trevor Clark; and siblings, Shirley Pigsley, DeLoris Hull, Vonda Hammack and Dale Ellison. She is survived by her husband, Don Clark of Woodbine; two children, Mark Clark and his wife Lynn and Shari and her husband Mo Barry all of Woodbine; two grandchildren, Mindy and her husband Ryan Oster and Kellon Clark and his wife Christina; five great-grandchildren, Reece Oster, Reegan Oster, Korina Clark, Riley Oster and Colton Clark; sponsored family, Ngaly and her husband Todd Frank and their children, Tu-Lien, Danny and Rebecca of Pacifica, Calif.; two brothers-in-law, Dencil Hammack and his wife Dorothy of Woodbine and Delbert Pigsley of Kamrar; and many other relatives and friends.

A funeral service was held on Thursday, July 7, 2022, at the First Christian Church in Woodbine. Pastor Chuck Snow presided over the service. The congregational hymns were “It Is Well With My Soul” and “Let There Be Peace On Earth”. There was a special musical selection “Somewhere Over the Rainbow” by Riley Oster and Kristen Schmidt. The honorary pallbearers were Korina Clark, Colton Clark and Riley Oster. The pallbearers were Kellon Clark, Ryan Oster, Scott Pigsley, Dennis Clark, Reece Oster and Reegan Oster. LaVonna’s final resting place is the Woodbine Cemetery in Woodbine.

Fouts Funeral Home in Woodbine was in charge of arrangements.