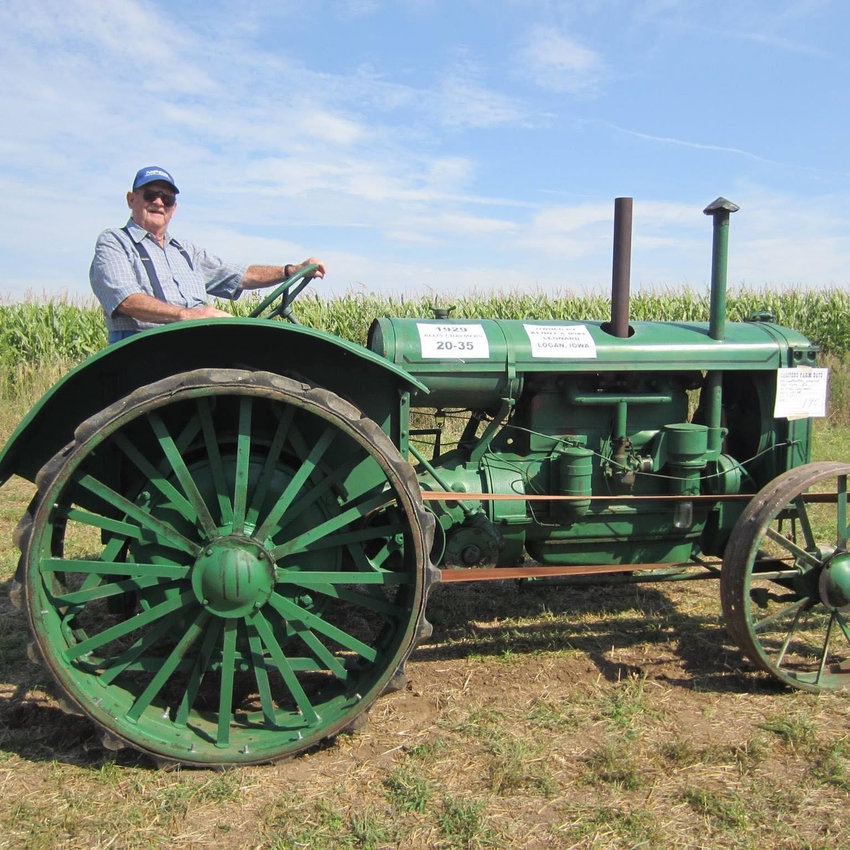 Kenneth Allen Leonard, 91, died on June 19, 2021, at Azria Health Rose Vista in Woodbine. He was born on Sept. 11, 1929, on a farm east of Logan to Ray and Nellie (Butler) Leonard. He attended country school, usually arriving by way of his horse, and graduated from Logan High School in 1948. Kenny met his future wife, Bette Bonsall, after she moved to Logan her junior year of high school. He started farming and, on the weekends, drove Bette back and forth from Atlantic where in the summer of 1948 she attended school to be a certified teacher. Bette taught for one year before the couple was married on August 28, 1949. They were blessed with five children, Steve, Judy, Vicki, Anne and Mike.

Kenny and Bette enjoyed traveling to visit family located in Georgia, Texas, California and many places in between. Kenny spent his life farming. He raised cattle, hogs and chickens. Kenny loved to play cards, especially pinochle, pitch and euchre. He also enjoyed playing horseshoes at the Dairy Way on Monday evenings with his neighbors. He and Bette enjoyed square dancing. Kenny traveled many years with Vicki and Randy to the Iowa State Fair and spent countless hours restoring old tractors, especially Allis Chalmers, with Mike. Kenny attended many events that his grandchildren were a part of and looked forward to Grandparents Day at school each year. His family meant the world to him.

Kenny was preceded in death by his parents; wife, Bette on May 20, 2015; and granddaughter, Heidi Forsen. He is survived by his children, Steve and Sharon Leonard of Logan, Judy and John Forsen of Blair, Neb., Vicki and Randy Koenig of Logan, Anne and Tom Stoner of Polk City and Mike and Rhonda Leonard of Logan; 14 grandchildren; 13 great-grandchildren; 7 great-great-grandchildren; sisters, Barbara and Richard Bendgen and Carol and Jim Brookhouser; and many other relatives and friends.

A funeral service was held on Tuesday, June 22, 2021, at the Logan Christian Church in Logan. Daniel Robbins presided over the service and the eulogy was given by Tom Stoner. The recorded musical selections were “Amazing Grace”, “You Raise Me Up”, “It Is Well With My Soul” and “Lead Me Gently Home, Father”. The honorary pallbearers were Carrie Leonard, Shana Welch, Sharon Thompsen, Sarah Leonard, Jan Leonard, Stephanie Schemmel, Lindsay Fox, Melissa Grimes and Becky Branstetter. The pallbearers were Shawn Forsen, Matthew Leonard, Brian Koenig, Justin Stoner, Curtis Leonard and Randy Grimes. Kenny’s final resting place in at the Woodbine Cemetery.