Joann Jeanette (Hansen) Mitchell was born on April 3, 1936, to Nels and Lydia (Thygesen) Hansen on a farm near Irwin. She was welcomed by her parents, an older sister Betty, her twin sister Jean, and was joined 12 years later by her sister Susan. When she was younger Joann attended country school, walking a mile each way every day. She graduated from Irwin High School in 1954, then was employed by an insurance company in Omaha, Neb.

While attending a dance in 1955, Joann met the love of her life, Darrell Mitchell, and they were married a year later on Dec. 8, 1956. The couple made their home on Darrell’s grandmother’s farm in Crawford County, close to Charter Oak. To this union three children were born:  Brenda, Mike and Lori.

Faith was very important to Joann. She was a member of the Soldier Lutheran Church and made sure her family attended church, Sunday school, Bible school, and later confirmation every week, as well as doing their memory work.

Joann and Darrell belonged to the neighborhood card club, playing euchre every Friday night from after harvest until planting time in the spring. She raised a large garden every year, canning and freezing her bounty for the family to enjoy. She also enjoyed flowers and planted marigolds around the house.  Joann taught herself to sew and made clothes for her daughters. Knitting items for the fall church bazaar was a labor of love for her. She also loved taking long walks in the pasture with her dogs.

Joann passed away from cancer, dementia, and COVID, on Saturday, Nov. 12, 2022, at Burgess Health Center of Onawa. Her battle on Earth is over. She is with the Lord.

She was preceded in death by her parents, Nels and Lydia (Thygesen) Hansen; and her sister Betty Pospisil. A Visitation will be held from 12-1 p.m., followed by a Memorial Service at 1 p.m., on Saturday, Nov. 26, 2022, at the Soldier Lutheran Church of Soldier. Pastor Paul Coen will officiate.

The Armstrong - Van Houten Funeral Home of Ute, Iowa, is in charge of the funeral arrangements. Condolences may be sent online www.armstrongfuneral.com.

Harrison County Board of Supervisors roundup

A night of laughter 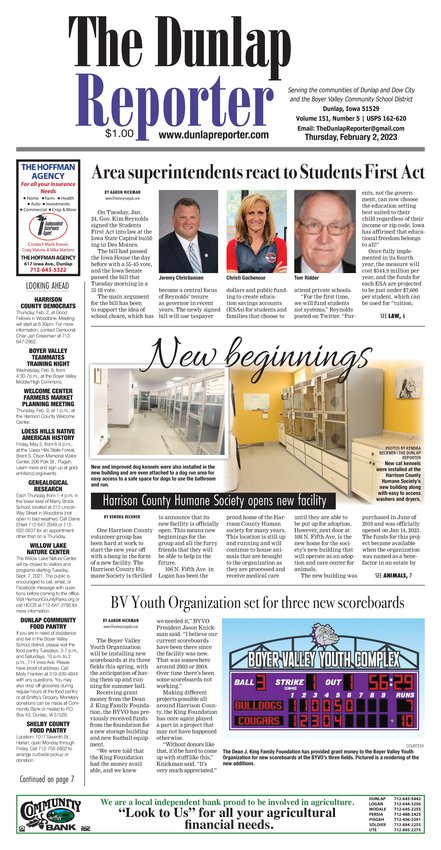