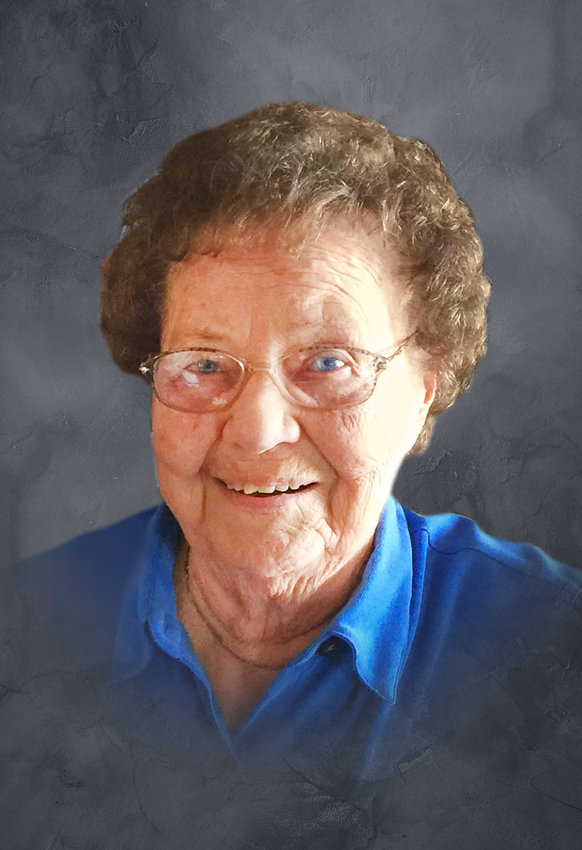 Evelyn Marie Schlensig, 93, died on Friday, April 23, 2021, at her home. She was born on Jan. 13, 1928, to Albert and Emma (Torgerson) Timm in Ute. She attended Soldier High School. Evelyn married Bob Schlensig on Jan. 15, 1947. The couple farmed in the Dunlap area and retired from farming in 1981.  Evelyn worked at Roger’s Grocery Store in Dunlap for a number of years.

A funeral service was held on Tuesday, April 27, 2021, at the St. John Lutheran Church in Dunlap. Pastor Chip Borgstadt presided over the service. The recorded musical selections were “How Great Thou Art” and The Old Rugged Cross”. The pallbearers were Doug Melby, Kole Bordovsky, Thomas Waido, Jake Bordovsky, Jake Kepford and Andrew Waido. Evelyn’s final resting place is at the Pleasant Hill Cemetery in Dunlap.