Donna Arlene (Kroll) Lewis, 63, died at her home in Denison on Thursday, March 25, 2021. She was born Dec. 2, 1957, to Loren and Marjorie (Samuelson) Kroll in Harlan. Donna grew up in the Crawford County area and attended Dow City High School. In 1977, Donna married Neil Lembke. The couple was blessed with four children. Donna worked for Wesco in Denison from 1992 to 2009. She then babysat for area families. On Sept. 24, 2011, Donna married Anthony Lewis at the Latter Day Saints Church in Logan.

Donna was a member of The Church of Jesus Christ of Latter Day Saints in Carroll. She loved spending time with her grandkids and two great-grandsons. She enjoyed watching any of the shows on ABC, especially American Idol, Dancing with the Stars and her soap operas. She also liked to play bingo and play on her Kindle.

Donna was preceded in death by her parents; brother, Tim Kroll; and nephew, Adam Kroll. She is survived by her husband, Anthony Lewis of Denison; four children, Phillip Lembke, Carissa Summerfield, Darcie and her husband Robert Boll and Brian Lembke all of Dow City; five grandchildren; twin great-grandsons; two sisters: Judy and her husband Chuck Gorden and Becky Kroll; one brother, Terry Kroll and his wife Suzette all of Dow City and other relatives and friends.

A funeral service was held on Thursday, April 1, 2021, at Fouts Funeral Home in Dunlap. Brother Todd Pettitt presided over the service. The pianist was Catherine Skinner and the congregational hymns were, “Be Still My Soul”, “I Am A Child Of God” and “God Be With You Till We Meet Again”. 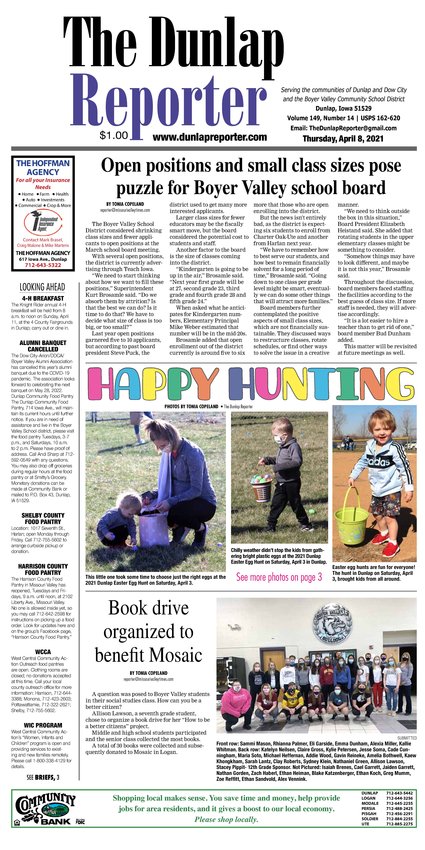