Dean Thomas Gray, 69, died on Dec. 31, 2020, at CHI Community Memorial Hospital in Missouri Valley. He was born on Aug. 12, 1951, to Cyril and Patsy (Stewart) Gray outside of Moorhead. He attended elementary school in Dow City and then moved over to Dunlap for junior high and high school. After graduation Dean went to work at Farmland and was a loyal employee until his retirement. Dean was married to Shirley Segebart and to their union three boys were born, Shane, Jeremiah and Jordan.

Dean was a longtime member of the RLDS and then the Followers of Christ Church. He was very devoted to helping the church functions run smoothly. He also put in many hours maintaining the church campground and building cabins for the campers. He also enjoyed attending events for his children and grandchildren.

Dean was preceded in death by his parents and brother, Charles. He is survived by his three sons, Shane Gray and his wife Josephine of McCallsburg, Jeremiah Rausch and his wife Erin of Boise, Idaho and Jordan Gray and Melissa Chun of Omaha, Neb.; four grandchildren, Ally, Kelly, Kaleb and Johnathon; siblings, Cyrila (Ron) Roberts of Dunlap, David (Lee) Gray of Omaha, Michael (Joyce) Gray of Minden, Patty Jo (Bill) Oliver of Lenox, Kevin (Carmen) Gray of Silver City and Damon (Kim) Gray of Omaha; and many other relatives and friends.

A memorial service was held on Tuesday, Jan. 5, 2021, at the Followers of Christ Church in Woodbine. Elder Alan Ronk presided over the service. The recorded musical selections were “Time In A Bottle” by Jim Croce, “Come To Jesus” by Chris Rice and “I Can Only Imagine” by MercyMe. 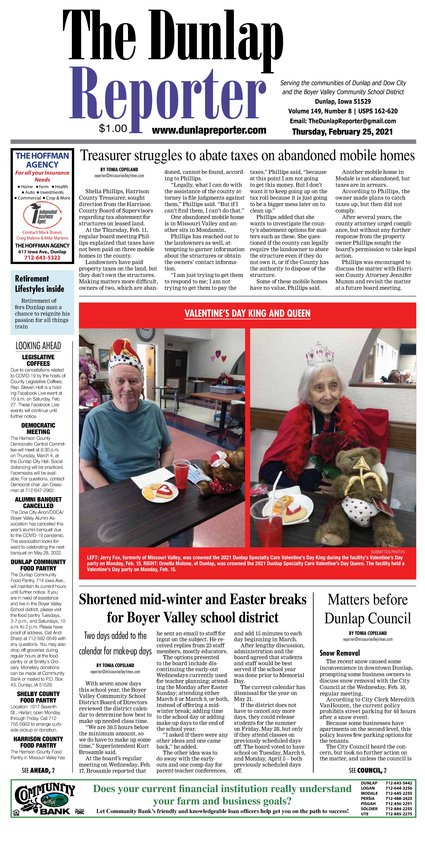